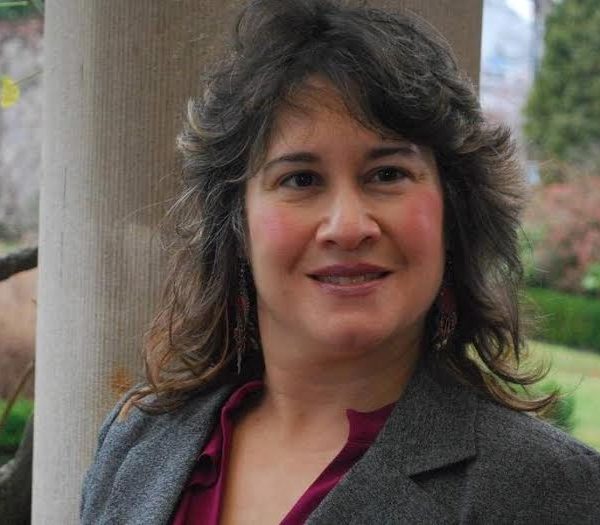 Lori Nolasco: A Nomad at Home

Although she was born and raised in Rochester, New York, Lori D. Nolasco is often asked where she is “originally from.” She has lived in Paris, France, and traveled to the Middle East as well as the Dominican Republic. In 1995, she earned a Doctoral degree in Comparative Literature from the Sorbonne, and upon her return to her hometown, she acquired Spanish. Fluent in Italian and Arabic as well, she asserts, “culture rules my life to benefit others.”

Currently, she teaches English as a Second Language at the college level and is working toward becoming a cross-cultural trainer. She lives in Rochester with her husband, Ramón. Since 2011, she has studied with baritone Derrick Smith at the Eastman Community School, thus reviving a long-cherished passion for vocal music. She is the author of two poetry collections published by FootHills, an independent press in Western New York State.

How would you describe your current Nomadtopia?

After living for 12 years in Paris, France (5 of which were spent pursuing a Doctoral degree at the Sorbonne), I returned to my hometown of Rochester, New York. As far as I am concerned, however, I never actually came home.

Because of my fluency in French, it was easy for me to acquire Spanish. I met my husband, Ramón, who is from the Dominican Republic, in 2006, and Spanish is the language we use at home.

During the formative years of my 20s and 30s, I never forged the long-time friendships that other women have. Rather than bemoan the fact that I do not fit in, I have learned to fully embrace my cultural Nomadtopia.

I travel to the Dominican Republic every other year, and during my working hours, I am surrounded by my international English as a Second Language students. I plan to become an International Student Advisor or a Study Abroad Advisor.

What led to your current lifestyle?

While I was studying at the Sorbonne in the late 1980s, I knew I was the “odd one out” or the “square peg in the round hole.” All the other students from the U.S. only wanted to stay for a semester and asked me why I didn’t want to go “home.” I replied that I didn’t have a “home” to return to, which baffled them.

Ever since my junior year abroad in Paris in 1986, I had undergone such a profound transformation that I couldn’t wait to go abroad again. As a graduate student, I sought out new friends who could relate to my sense of rootlessness.

How has your Nomadtopia influenced other aspects of your life?

As strange as it may sound, I am a nomad at home. I identify with the Greco-Roman deity Dionysus who, as one of Zeus’s many illegitimate children, was cursed by the jealous Hera, queen of the gods. He is said to have wandered as far as India. As a poet, I have created a male persona, Dionisio (the Spanish derivative of Dionysus) and am working on my third poetry collection. While the original Dionysus was cursed and doomed to wander, Dionisio, on the other hand, has chosen his “nomadtopia.” Feeling like a perpetual outsider has fueled my poetry.

What do you miss the most when you’re abroad?

Since I am speaking of a mental and spiritual Nomadtopia, I can mention what I brought when I thought I would never come back home (physically) again. I was worried that I would miss music, so (this was long before the age of YouTube), I recorded all my favorite LPs on cassettes so that I could listen to them as much as I wanted. Now I can go on YouTube and listen to any Euro-pop/rock song from the ’90s that I grew familiar with during my time abroad. My international students think it’s funny that I know who the Turkish singer Tarkan is. But whether I wanted to or not, I heard his music everywhere.

What is the most challenging aspect of this lifestyle?

The most challenging aspect is the bitterness I sometimes feel when I am not welcomed by women who have had the opportunity to build close friendships. Then I remind myself that I was the one who chose to stay for such a long time abroad.

What’s the most satisfying?

The most satisfying aspect is knowing that there are others who are living the same lifestyle. This is the beauty of social media, which I did not have when I was actually living abroad.

I would tell them not to doubt themselves or compare themselves to others who have not chosen to create their Nomadtopia. The feeling of isolation in the pre-Internet, pre-social media days was debilitating. It is much easier to find kindred spirits now.

At this point in my life, I need to spend 24 hours somewhere new. My 26-year-old colleague just came back from Japan, where she went on vacation “just because she felt like it.” I have never been to a country where everything was written in a different alphabet: even in Syria, there were signs in English as well as Arabic. I would welcome the difficulty of trying to find or listen for my metro stop. And unlike Bill Murray in the movie Lost in Translation, I wouldn’t have to worry about being a foot taller than everyone in the elevator!

Thanks for sharing your story, Lori! 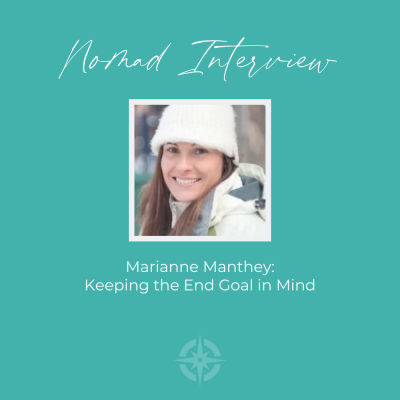 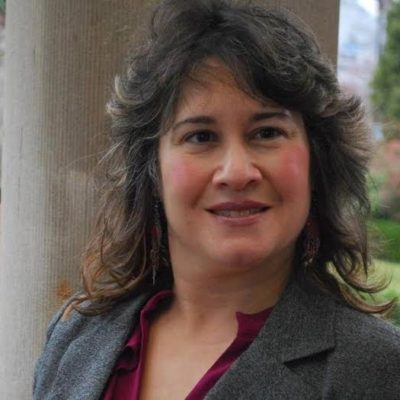 Lori Nolasco: A Nomad at Home 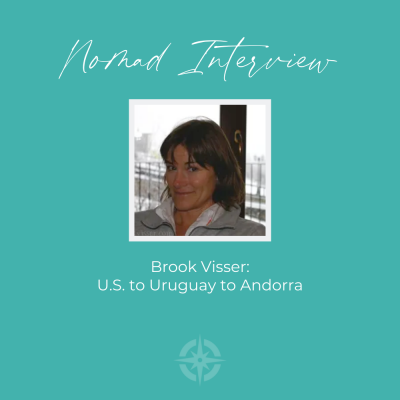