Carlos Peñalba: The Year He Became a Nomad

Home/Podcast/Carlos Peñalba: The Year He Became a Nomad
Previous Next

Carlos Peñalba: The Year He Became a Nomad

Originally from Spain, Carlos Peñalba is a passionate traveler and photographer who quit his job in New York to backpack through Asia for a year. It turned into an 18-month journey, during which he was also launching a new freelance career. After leaving Asia and as he tried to figure out what was next for him, Carlos wrote a memoir about his adventure, The Year I Became a Nomad: A Journey through Asia on a Quest for Freedom, Love and Happiness. 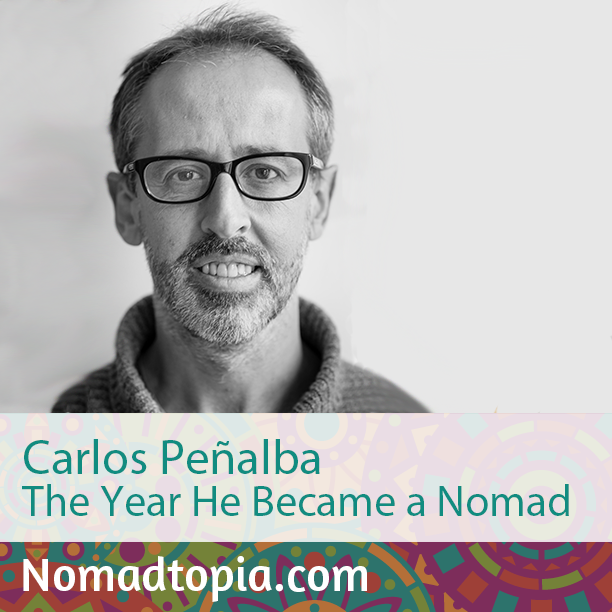 The whole journey I made from Nepal to Japan during 18 months that I’ve written about in my travel memoir, The Year I Became a Nomad.

Biggest Surprise along the Way

Freedom and autonomy are the great advantages of my lifestyle. The most difficult aspect has been accomplishing all I wanted to do on my own. I’m not very disciplined, and many times I have underestimated the time required to complete many tasks. Both have pushed back the completion of my book as well as many other aspects of my photography career.

Resources We Talked About

Check Out Our Sponsor

Thanks to Greenback Expat Tax Services for supporting Nomadtopia Radio! For years, Greenback has been helping Amy and lots of other nomads and expats save time and money on their taxes. Contact Greenback to see how they can help you too.

What ideas or topics resonate with you from this episode? What questions does it raise?

You can also add Nomadtopia Radio to your RSS feed: http://nomadtopiaradio.libsyn.com/rss

Please leave a review in iTunes to help more people find the show! (Find out how.)

You can also become a patron and support the show with a regular contribution (as little as $1/month!) by clicking the image below.

Or share the episode and help spread the word by clicking on the icons below.